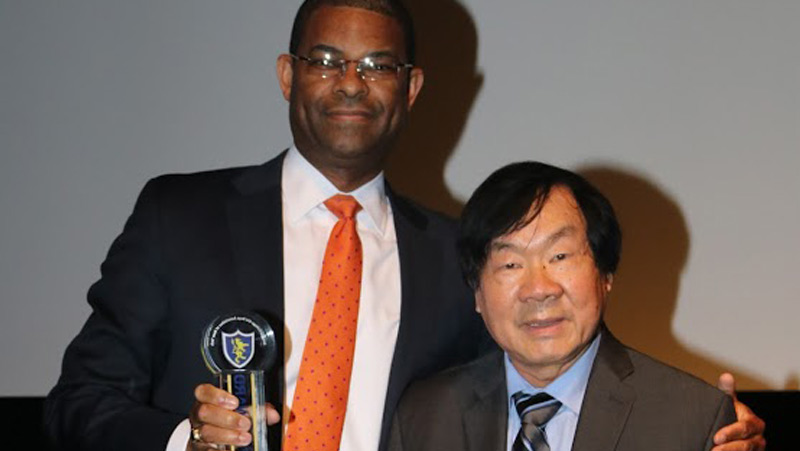 The Jamaica College Old Boys Association of New York, at their inaugural Griffin AwardsTM, bestowed the Technology Innovation Award on the Co-Founder and C.E.O. of the Kobi Company, Andrew Ewen. Jamaica College, founded in 1795, is a prominent all-male secondary school located in Kingston, Jamaica. The award was in recognition of The Kobi Company’s visionary role in the advancement of practical robotics and in bringing their multi-functional autonomous robot (Kobi) for yard work to the world.  The event was held at the SVA Theatre in New York City on April 8th, 2017, under the patronage of Ambassador Her Excellency Audrey Marks, Jamaica’s representative to the United States.